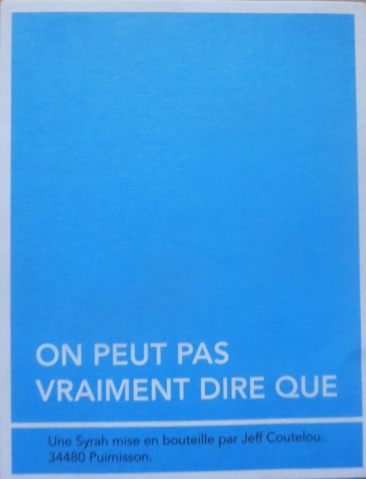 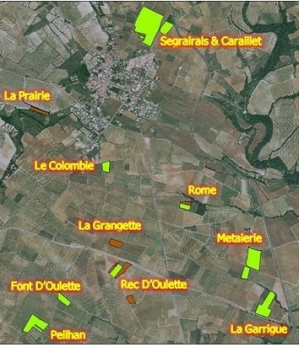 My favourite Jeff  wine over the years has been La Vigne Haute, a pure Syrah coming from the vineyard La Garrigue. This vineyard has a small ridge running west to east meaning that part of it faces north and part faces south. Jeff planted Grenache on the southward side as Grenache is a Mediterranean grape and likes the heat. On the north side is Syrah, a grape from the Rhone, which likes heat but not too much if it is to reveal its best.

La Vigne Haute is a wine of subtle Syrah. Perfumed with red fruits and tasting of silky smooth red and black fruits it carries elegance and restraint. However, in 2015 Jeff took the decision at the last minute not to make La Vigne Haute but rather to change the whole vinification of the grapes which were harvested. Here is the story in his own words, as told to Paco Mora a caviste in Ivry sur Seine. Jeff kindly gave me permission to reproduce it here.

“To thank you [for a generous comment on Facebook], I’d like to take a few minutes to tell you the story of “On Peut Pas Vraiment Dire Que.” A story which confirms that to make wine, we must first know, love and pamper both vineyards and grapes.

It comes from the parcel “La Garrigue”, my only parcel on villafranchien soil, which I planted:
 On the north side: Syrah (planted north / south) to be always caressed but never assaulted by the sun.
 On the south side: Grenache as it is not afraid of the heat.

The buffer zones in Garrigue

This decision made me lose 10 vine stocks per row of vines (300 in total) to leave a buffer zone between the two varieties but it was a decision which seemed most suited to making the Syrah I dreamed of. It normally makes “La Vigne Haute” but also produced “PAF La Syrah” in 2012. This plot has a vein of water running underneath which the presence of horsetail fern confirms. This year, even during the heat wave, it never suffered and continued to push …. It was the most beautiful vineyard at harvest time.

The day of the harvest, we had planned to make Vigne Haute by implementing the classic method; destemmed grapes, putting it into tank, maceration of 2 to 3 weeks with little pumping, to encourage infusion and not to seek extraction.

The vineyard was beautiful, beautiful grapes, everyone at the winery was excited that this would be a great vintage. The first grapes arrived, and as son as I saw them, I thought I had to change everything … ..
The fact that they had not suffered from the July heat wave but instead had profited from it (because of the sun caressing that north facing slope, the heat effect lessened because of that vein of water). It had produced berries more swollen than usual … and I could really see that when they arrived in the cellar.

After an hour, I said to myself “if you do as usual, you will not get to do what you want.” The fact that the liquid / solid ratio is different, if I had made a classic wine, I would have to extend the maceration time to extract enough material relative to the juice and in that case, there is also the risk of extracting good but also the less good.

So within 10 minutes I decided to change everything.

We continued by putting whole bunches into tank with the idea of making a short vinification. On that day, everyone was down in the mouth in the cellar because I had told them that there would be no Vigne Haute …. But I trusted my grapes and they told me that they would repay my faith in them .

We just left the grapes in vats for 7 days without any intervention and then pressed. So there was almost no exchange between the skins and juice in tank. The tannins and colour were extracted because of pressing the skins, which were ripe, and released them after their short stay in the vat.

In the end, it’s just the juice of the vine and the terroir that you have in the bottle ….
Nothing technical, just grapes that were cared for and nursed from their birth to their maturity ….” 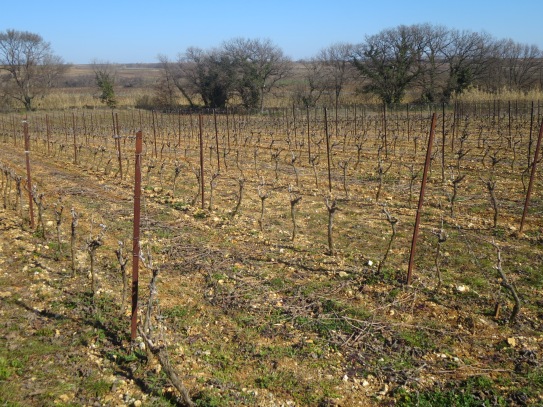 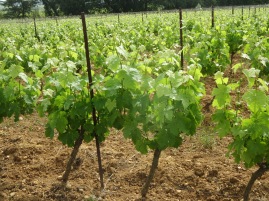 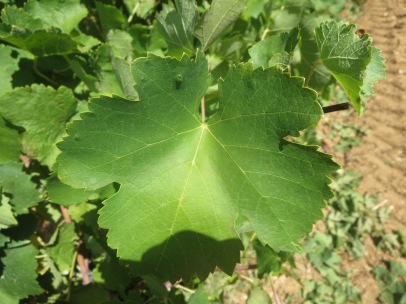 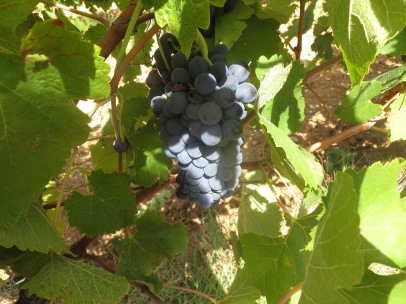 So that is the story of On Peut Pas Vraiment Dire Que. I was one of those who was ‘down in the mouth’ on that day when Jeff changed everything. Yet it was, of course, the right thing to do. The wine is very like the Paf of 2012, fruity but with a lovely vein of soft tannin and bite running through it. It is elegant above all, a Syrah worthy of the great Rhone appelations but with Languedoc warmth and fruit.

And OPPVDQ is a tribute to the talent, intuition and knowledge of Jeff Coutelou. He knows his vines, his grapes and how to help them to express themselves to maximum advantage. I can’t really tell you how he does it… it’s natural.

*  A phrase which can be translated as ‘we can’t really say’.