I read an interesting article by Alice Feiring last week. Ms Feiring is perhaps the most high profile, long term advocate of natural wines but in this article she raised a number of issues which have also been troubling me in recent months.

There is little doubt that natural wines have become fashionable around the world. New producers, cavistes and bar / restaurants spring up weekly. Even the North East of England (my home region) now has a wine bar offering natural wines “for the adventurous”! So, a half hearted effort but a start.

During vendanges we had a number of visits from cavistes seeking wines from Jeff. Alas they would leave disappointed as there are few enough wines to meet the demand of existing customers after low yields in 2017. This year’s mildew attacks mean even more rationing next year. We have reached the stage where even supermarkets and major chains such as Majestic in the UK are wanting to stock natural wines. Supply, not just from Jeff, does not meet the demand.

As ever where there is demand we see some jumping in to meet it. Some so called natural wines are not organically produced for example, to me that means they are not natural wines. There are lots of younger, newer producers who want to make genuine wines but there are also some who are undoubtedly riding the bandwagon to make a profit.

Demand also means that some producers are taking shortcuts to get their wines to market quickly. Feiring refers to this and the ensuing faults which may arise, I have seen other references to mousiness being one flaw caused by premature bottling. Some wine drinkers are complicit in this by accepting flaws as part of the character and style of natural wines. This is a complex area, I am more tolerant of brett (farmyard, band aid aromas caused by harmful bacteria) than some but very intolerant of mousiness which 20% of people can’t detect at all!* 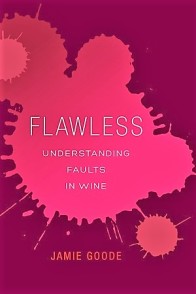 However, I want to drink wines which taste of clean, healthy fruit not faults. I won’t buy from producers whose wines regularly exhibit such flaws, according to Feiring a lot of drinkers don’t see them as problems at all. To my mind there will be a reaction against natural wines, such is the nature of fashion. The wines which will still be in demand will be those of quality, made for easy drinking or for the long term.

Jeff Coutelou is certainly one producer of such wines. My advice is to drink Coutelou of course but also to seek out reliable, quality winemakers from around the world. Reliable merchants or cavistes will surely point you in the right direction much better than chains or supermarkets. For my part I shall also try to recommend wines and winemakers whom I trust. And, I hasten to point out, I have had more problem with conventional wines and faults than natural wines in the last year.