Orange wine (this was over extracted and medicinal)

Orange wine is very, very fashionable. Often associated with the natural wine movement that is not strictly true as many conventional winemakers are experimenting with orange wines too. Perhaps the fact that they have both emerged into the spotlight in recent years has brought the two such an association. I must say I like the idea but I have not always been convinced by the wines themselves, so here are some recent experiences. 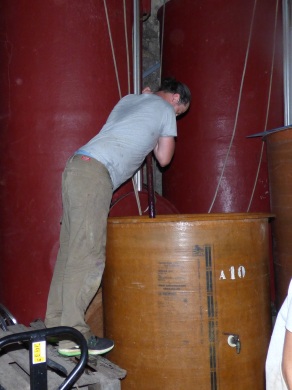 James carrying out a pigeage of the Muscat

First of all we should clarify what orange wine means. They are made from white wine grapes which are left on the skins for an extended period in order to extract more flavour. This long maceration also adds tannin and colour to the wine just as happens with red grapes when making red wine. The length of time for skin contact and the type of grapes will add more or less colour, flavour and texture to the wine.

This was how wines were made many years ago, the current trend is a revival of ancient practices. Some countries such as Georgia have always made wines like this. I have had the opportunity to taste such wines from all over the world including Georgia. Mostly I find them pleasing the mind and appreciating the technique rather than pleasing my palate. Academic rather than pleasurable. Often they lack charm, taste very dry and with no fruit, perhaps the result of overlong maceration. 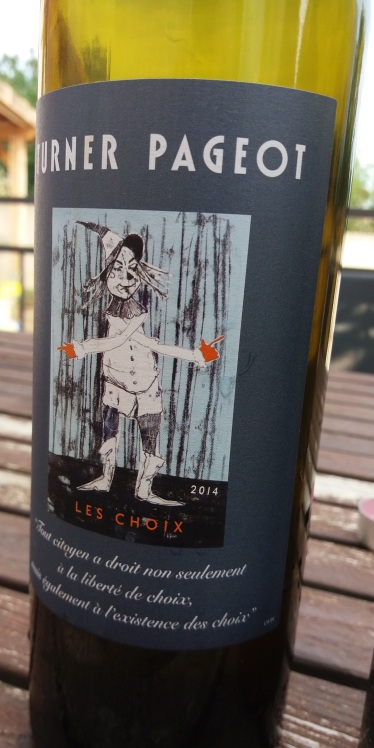 However I have recently tasted some very attractive orange wines. Les Choix 2014 came from Turner Pageot in Gabian, a very well judged wine as there was still plenty of apricot fruit as well as being dry and textured, made from Marsanne grapes. Very good. Ora(n)ge Sur Les Canilles 2016 is made by Domaine Ribiera in Aspiran. Régis and Christine Pichon make this delicious wine from Clairette and Terret grapes, again they have extracted good texture and dry flavours as well as white fruit flavours. Both wines have the slightest note of Fino sherry which really appealed to me.

At Mas Coutelou in 2015 and 2016 Jeff used white grapes such as Muscat Petits Grains to make orange wines, usually supervised by our two Australian assistants Cameron in 2015 and James in 2016. The result in 2015 went to make OW1, a blend of eight grape varieties macerated for a couple of weeks. It is a bright colour, has good texture and plenty of fruit along with a herbal note. The following year James made the Muscat based wine and this is a real success, the muscat notes are there but restrained to give white fruit flavours which linger with good spicy notes and a dry finish.

Orange, skin contact, long maceration. Whatever name you give this style these are wines requiring judgement and skill from the winemaker. I encourage you to try them but select ones from winemakers you trust.

For more information from someone who knows orange wines much beter than me I would recommend this website from Simon J Woolf. 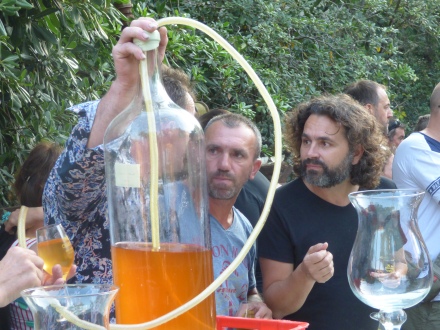 8 thoughts on “Orange Is Not The Only Wine”