There are three main aspects to the life of a winemaker and it’s time to bring you up to date with all three.

It is a lovely time of year to be in the vines as they start their growth for the year, buds of striking colour, first leaves and greenery. 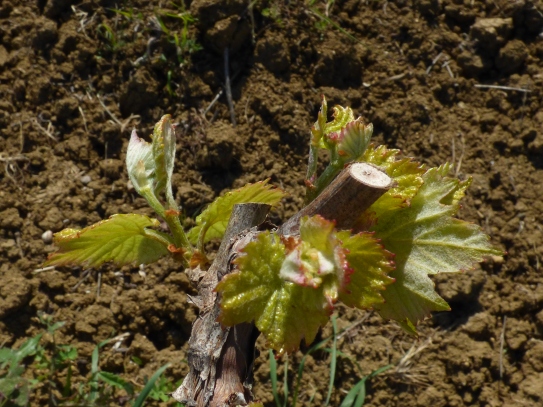 In Rome vineyard on April 10th there were butterflies, birdsong and bees, beautiful.

Taille is complete, ploughing completed (for the moment) and we have even had some rain at last which has encouraged the growth we see in the vines. However, it’s not all green for go. The buds are fragile and any more high winds could cause some damage to them leading to reduced yields in September. Moreover, Jeff pointed out another problem. Some of the buds are actually auxiliary buds (contre bourgeons) which would reduce yields further. The contre bourgeons generally don’t yield fruit and also take energy from the main buds so these don’t grow to full height.

The winter saw not one single day of frost in Puimisson, the vines were restless and unable to sleep in the face of cold weather. Therefore sap, which should be still, continued to flow and with mild temperatures in January and February the sap nudged the buds. However, a cooler spell at the end of February and March meant that the sap retreated a little and the buds were left stirred but not able to unveil themselves. As warmer weather returned the sap nudged auxiliary buds as the main buds had already seemingly started. In fact they may not now emerge at all and it is these auxiliary buds which will be left. Something to raise concern at a preliminary stage of the season. The vines generally are starting well but a few have this issue. More importantly the vines have had little rest, will they be able to offer their best in 2016?

Nonetheless it was good to see the newly planted vines in Font D’Oulette are already budding, a promising start. 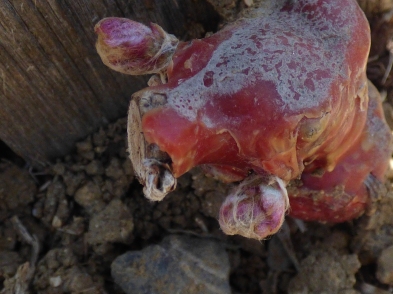 The 2015 wines made for early drinking, e.g. Vin Des Amis, PM Rosé and Classe, have been bottled and dressed (habillage) with their labels. Other cuvées are still in tank resting after fermentation, maturing towards wines such as Flambadou.

Soutirage was carried out on some of these more complex wines as reported in the last article. Meanwhile Jeff continues to taste and to check their progress, to ensure the quality and health of the wines. 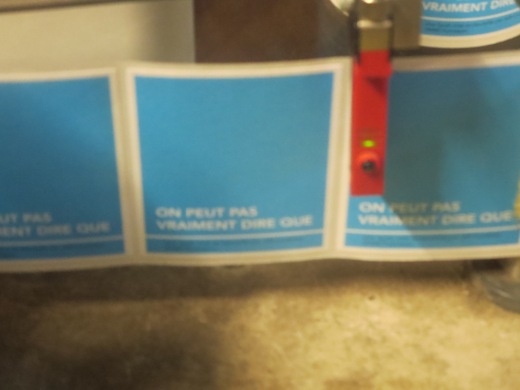 Some wines from previous vintages have been bottled, for example the new barrel aged Maccabeu / Grenache Gris wine ‘5J’. New labels have been designed for these and they will eventually become rare treasures for followers of Mas Coutelou wines. One new wine is the Syrah ‘On Peut Pas Vraiment Dire Que’ and I will be narrating its story in a coming article, a story which reveals again the vinification skills of M. Coutelou.

It is all  very well making good wines but, if you are to continue as a winemaker, you must be able to sell them. Jeff is in the position of being able to sell all of his wines and he could sell much more if he had it. That is the result of years of great wines which people want but also his ability to sell it. He has built loyal buyers around the world, often former students from his days as a teacher in Paris, for example his importers to Paris and New York, Fleur Godart and Camille Rivière.

However, Jeff still attends salons such as Les Affranchis in Montpellier, La Dive Bouteille in the Loire and, last week, La Remise in Arles (again more about La Remise soon). He was very happy with the salon and sold more wine, Vincent was regularly spotted carrying cases from the van to various cars!

Last Wednesday palettes of wine were sent to Paris and it was good to see Paco Mora, whose Cave d’Ivry is a loyal customer, publish some photos of their arrival. He looked happy and was very complimentary about Jeff’s skills and the new syrah. 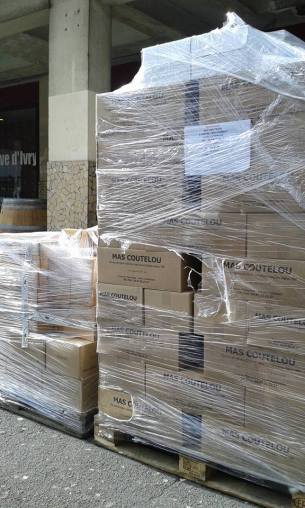 So, there we are. It’s a busy life being a vigneron. Jeff has lots of paper work and admin to carry out this week as well as spending time in the vines. All with a bad back which he has nursed for several weeks. As you sip, or quaff, your Mas Coutelou wine (hopefully) spare a thought for the work which has gone into the wine in your glass.

Paperwork? Count me out