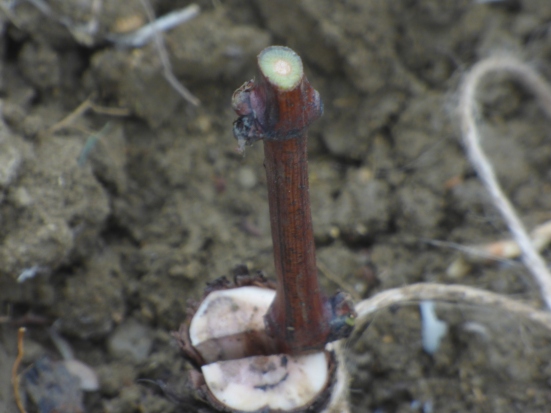 On March 17th we were in Font D’Oulette vineyard which, at just over 0,6 ha, is a small parcel replanted around 6 years ago with a variety of old Languedoc cépages such as Aramon Noir, Aramon Gris, Oeillade and the very rare Clairette Musquée. The grapes are picked together to make a single cuvée representing the parcel , Flower Power. This first appeared in 2014 and has made an impact already, selected by La Revue Du Vin De France as one of the Languedoc’s top 50 wines. As the vines age we can only anticipate eagerly what they will produce in future. 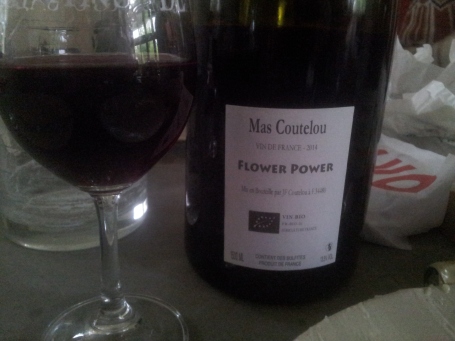 However, not all young vines thrive and some needed to be replaced. Two alternatives were in place this day as the rain fell steadily.

The first is to plant vines which are pre-grafted in the conservatory / nursery. These are covered in wax to protect the graft, the wax will fall away in a few weeks. I described this process last March with the new plantation in Peilhan vineyard.

The second method was to graft onto the root stocks already in situ, something I had not seen before. The American root stock has to be used to protect against phylloxera which destroyed much of France’s vineyards in the 19th century. There are different methods of grafting such as ‘chip and bud’ but Jeff brought in a specialist, Tanguy, who uses a method known as ‘greffe en fente’. 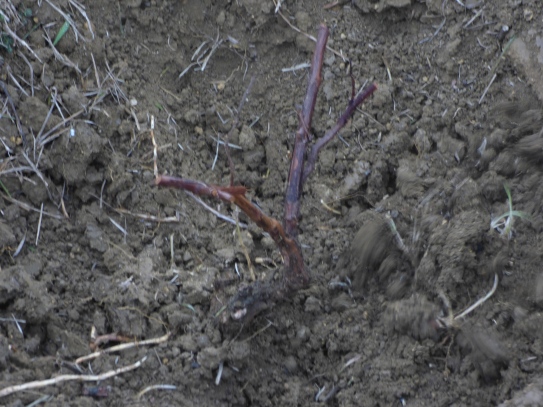 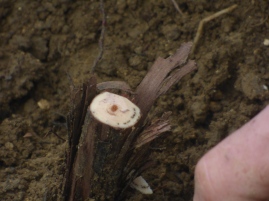 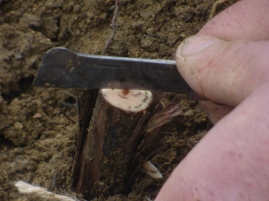 The old vine is cut away to reveal the root stock. A very sharp knife, repeatedly sharpened through the day, cleans the surface and then inserts a cut through the wood revealing its core. 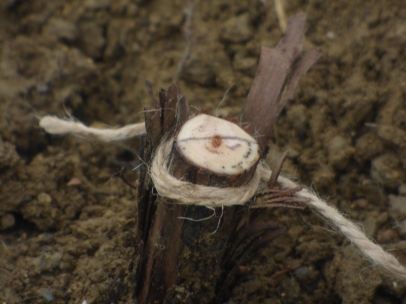 The cut is supported by tying string around it. The vine wood is also cut, as if sharpening it to make a thin wedge which is inserted into the cut root stock. The idea is to get the core of the two pieces as close as possible. This is then fastened tightly with the string. The graft is complete. 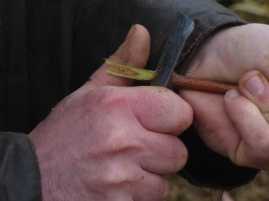 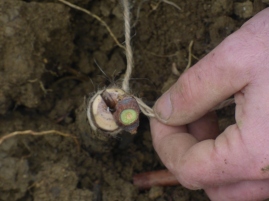 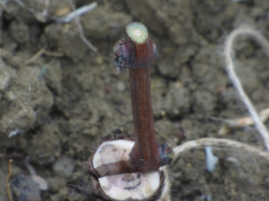 It looks simple but isn’t that the mark of a skilful worker, making something complicated look easy? Have a look at the video below to see the process in one go.

The vine is staked for support, always to the side which will help the vine against the prevailing north westerly winds. Jeff had brought some basalt soil from the Auvergne and this was then placed around the grafted vine poured into the body of a plastic bottle placed around the vine . 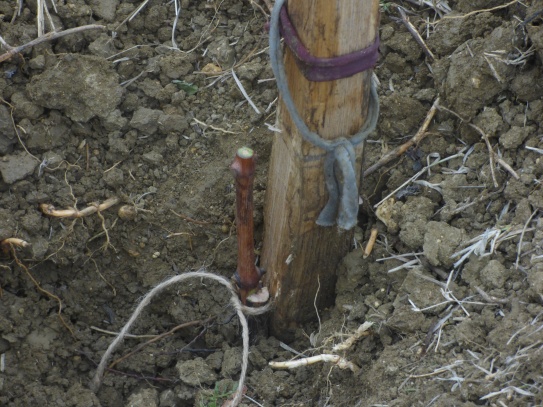 Basalt is one of the oldest forms of rock, roche mère (mother earth or bedrock) and is packed with nutrients. This will help the vine to grow well and by filling the bottle around the vine it is surrounded with top quality soil. Organic compost is added to the hole and then the earth is hoed back over it all, removing the bottle of course.

There is a risk. Up to 20% of vine grafts do not take in theory and with greffe en fente the whole vine would have to be grubbed up next year and replanted. Other methods can simply replace the graft. However, this method is the best for the vine itself and the most likely to take.

So what were the vines? Cinsault, Aramon Noir and Inconnue No.3. Inconnue means unknown, so why is it called this? The original vine was found in an old vineyard where it had never been catalogued. It was taken by the organic nursery where Jeff buys his vines and it was studied but was discovered to have never been indexed. it is unique, unknown, hence its name. One of its benefits is that it is resistant to oidium and it will also add diversity to this complanted vineyard with about 100 of the Inconnue No.3 vines being added. A hint of mystery to the blend.

The vine canes, only about 7-8 cm will be used

A fascinating day despite the rain which soaked us all to the skin. It was hard graft but a rich, rewarding day celebrated at lunchtime with a magnum of… well it had to be Flower Power.

A damp guardian of the new vines