From the Adelaide Hills we drove through the Grampian region and along the Great Ocean Road. The wildlife and the scenery were spectacular, from a mob of kangaroos coming into town in Halls Gap to the huge surf on the coast via the geological attractions of The Apostles and others. Little towns such as Anglesea and Lorne were attractive and afforded great food and drink, fresh, locally sourced, often organic and full of flavour. It was a few days of rich reward.

And then on to Melbourne. First experience was hairy returning the hire car with traffic problems, roadworks by the dozen and turning right by heading left I was ready for something to restore my soul. And it duly arrived. We went to The Lincoln pub first night as our friend Howard Stamp is chef there. 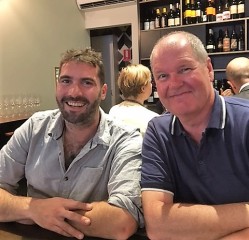 Howard is a long time pal of James Madden and came to Jeff’s for a couple of weeks in 2016. He fed us royally and we were delighted to meet up again for lunch with him at the excellent Tipo 00 Italian restaurant a few days later. Go to both if you’re in town. I’d recommend Rice, Paper Scissors if you want to sample Asian food, a fabulous experience.

Melbourne is distinctively mulitcultural and all the better for it. Asian, Aboriginal and European cultures sit side by side and, from this visitor’s viewpoint, they rubbed along very well indeed. There is so much to see and do, from the lovely sands of beach area St. Kilda to the museums, art deco shopping Lanes and cathedral.

I must mention the Melbourne Cricket Ground though, a must see for cricket fans like myself. The sports museum in the MCG was also excellent. We also took a tour to Phillips Island to watch the Little Penguins come to spend the night ashore, a memorable evening. I read whilst I was there that Melbourne has been described as the world’s best city for coffee drinkers and I would endorse that, I enjoyed some excellent cups. 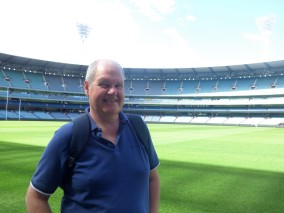 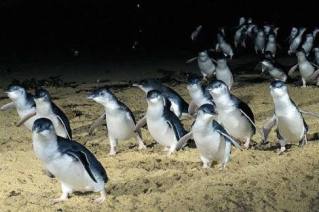 Melbourne has a thriving wine scene too, wine bars abound, often serving food too. There is a real enthusiasm for natural wines and places such as Embla, Sun Moth, The French Saloon and Kirk’s Bar are just some that we experienced and enjoyed. The food looked good in all of these though we ate only in Sun Moth and enjoyed it too. There is a taste for European wines, Coutelou was available in Embla as well as The Lincoln, I saw Fanny Sabre’s Burgundy in Sun Moth and lots of familiar names from Italy, Austria and Spain. However, I was eager to try some Australian wines and especially from the local region. The Yarra Valley and Mornington Peninsula are close to Melbourne and, in hindsight, we should have spent a night in the Yarra before giving up the car.

Familiar natural producers in the region include Patrick Sullivan but there were many new names. Basket Range Wine is a traditional producer but sons Sholto and Louis Broderick are introducing natural methods to the range including the very good Backstroke, a juicy blend of Pinot Noir and Cabernet Sauvignon. I was lucky enough to meet Sholto in The Lincoln and look forward to following his career. Bobar was the other Yarra natural wine I tasted, again in The Lincoln. Their Gamma Ray was Gamay and Cabernet Franc and truly delicious, light but full flavoured, very easy to drink. I would definitely seek out their wines. 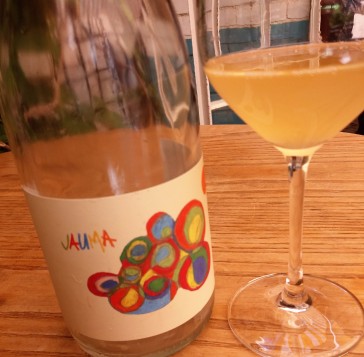 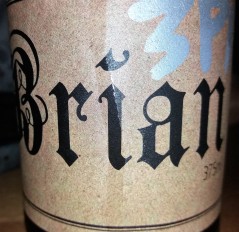 Other natural wines I drank:

Less natural to my taste but still enjoyable:

Melbourne is a thriving city, growing by up to 100,000 people a year apparently. Busy but relaxed, there was a lot more to discover in the suburbs such as north Fitzroy but time to move across the water to New Zealand. However, I will not forget Melbourne and its friendly welcome.