An unusual few days to report upon. Let’s start with some bad news. Twice in the last week people have dumped their rubbish in Jeff’s vineyards. As these were at opposite ends of the village it must be assumed that there are two selfish, anti-social idiots who would prefer to spoil the local environment than drive to the local tip (déchetterie).

Another unwelcome arrival was Hurricane Irma in the Caribbean. Jeff’s sister Catherine and her husband live on Guadeloupe so we were all concerned for their welfare. Happily she reported that the worst of the storm missed the island. Others may not have been so lucky of course.

Jeremy cleaning the cuve from inside

For me there was one more unwelcome visitor. As I entered the cellar on Tuesday morning I mentioned the smell of Carbon Dioxide in the air. This had built up from fermenting grapes and with the cellar being less busy than usual the CO2 had built up. As Tuesday was hot the cellar doors stayed shut as much as possible and with remontages and open vats the CO2 was strong. Alas it seems I am particularly sensitive to it and it made me breathless and nauseous. I can understand better how some people have serious accidents with gas build up when they are working at open cuves. Maybe it’s because I’m getting old but the others were unaffected, and I’m the non – smoker! Happily, I have soon recovered.

Yet another visitor arrived in the form of the inspector who controls organic certification for Ecocert. I wrote about her annual visit in 2014, this was a spot check during vendanges to ensure that everything is done following organic principles. Reassuring for those of us who want to know that Bio wines are truly organic. Obviously, there was no concern as Mas Coutelou goes well beyond the standards required. 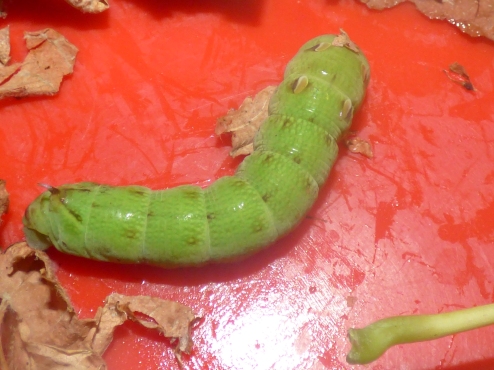 Animal visitors too. Buried in a case of Grenache from Sainte Suzanne was this 6cm caterpillar, quite a size. And, amongst the Carignan vines today was this dragonfly who was there with others and many butterflies. Which makes the actions of the fly tippers even more senseless.

And so to grapes. More cépages to keep me happy. Piquepoul Gris and Terret Blanc along with Maccabeu picked from Peilhan on Tuesday morning will form a new white wine. The pink tint of the Piquepoul Gris will not colour the wine as it was pressed directly to remove the juice from the skins.

The aforementioned Grenache was supplemented with more Grenache on Wednesday this time from La Garrigue. So good was this harvest that Jeff is considering making a special cuvée with it. Together with the excellent Syrah from the vineyard La Garrigue has certainly performed well this year. Cinsault from Segrairals followed on.

With smaller yields and dry weather the picking has been quick this year, efficient too with an excellent team working well. You will see in the photo below how they work in pairs across a vine to ensure that all the fruit is picked, hopefully avoiding each others’ fingers.

So, what remains? Well probably five days of vendanges with Cabernet, Mourvèdre and Carignan still to come, the latter of course being the headline act in recent years. There are also a few rows of vines in Peilhan, eg the reds such as Oeillade and Castets and more Muscat too. All is set fair for a good finish. 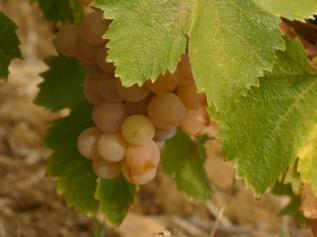 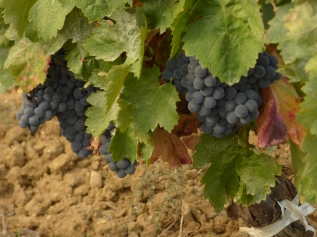